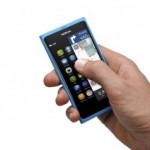 The technology to make mobile payments is growing in popularity.

Mobile payment strategies have been around for much longer than you may recall — but until Apple Pay rolled out this Fall the mention of “mobile wallets” prompted quite a bit of eye rolling. But remember how tablets were stuck in neutral until the iPad came along? A bit of that Apple magic has been sprinkled onto its payment solution, according to recent figures. This holiday season saw an increase in use of mobile payments, and that’s most certainly been driven by Apple Pay.

An ITG survey recently said that Apple Pay — which debuted on October 20— accounted for 1% of digital payments, while Google Wallet, launched in 2011, was responsible for 4%. The study’s authors noted that the 1% figure was impressive given that the service is only available to Apple customers with the newest hardware and it is currently supported by a relatively limited list of merchants. Sixty percent of new Apple Pay customers used Apple Pay on multiple days through November, suggesting strong customer engagement. In comparison, new PayPal customers used the service on multiple days during the same time period just 20% of the time.

Apple Pay could pose a major threat to market leader PayPal’s current dominance of the Mobile Payment space, according to Steve Weinstein, senior Internet analyst at ITG Investment Research. Weinstein said that PayPal’s infrastructure barriers, including challenging relationships with payment counterparties and no biometric capability, means it will be difficult for PayPal to match the ease of use and consumer appeal of Apple’s solution.

As the service grows in popularity, Apple will profit commensurately. Banks and payment networks will pay the iPhone maker more than 15 cents out of a $100 purchase. ApplePay uses NFC and Bluetooth to enable mobile, “touchless” payments. During in-store transactions, Apple passes a cryptogram and token to merchants using NFC, and Apple will be paying a (lower) “card present” rate. But, when using Bluetooth, or when making an in-app purchase using Apple Pay, the transaction fee will be the equivalent to a (higher) “card-not-present” rate. As the CEO of a company that specializes in gathering mobile shopper preferences mentioned to us yesterday: “Until Apple came out with ApplePay, no one was really thinking about using Bluetooth connectivity for this.” Indeed.

The challenge for Apple is that there are many perfectly good iPhones out there, whose owners are in no rush to upgrade. When and if they do upgrade to an iPhone 6, the number of mobile payments seems likely to jump. So, while the number of users using Apple Pay will likely grow significantly during 2015, it’s unlikely to “go viral,” so to speak.

In addition, many retailers are upgrade weary having just replaced — or are in the midst of swapping out — their swipe pads to implement chip-and-pin security measures, to meet the mandated deadline of October 2015. Adding an NFC reader to those devices is roughly $40.

And some retailers have opted to sign up with a competing, yet-to-be-seen offering from MCX, called CurrentC. The key will be how consumers take to CurrentC, which is being embraced by many top retailers, including Walmart, RiteAid and Target, at the exclusion of Apple Pay. By some estimates, that shuts Apple out of more than a trillion dollars in potential annual revenue.

We’ll know in the middle of next year whether Apple will pick up disillusioned CurrentC users, or pack up and leave the market to MCX.

Smart money may be on the Apple magic, but MCX may have a trick or two up its sleeve . What do you think?