Payment fraud is on the rise, as mobile commerce continues to grow in popularity. According to LexisNexis Risk Solutions’ annual True Cost of Fraud mobile study, m-commerce retailers lost 70 percent more sales to fraud in 2014 than they did in 2013. As the number of smartphone users steadily increases — statista.com estimates that there will be more than 196 million smartphone users in the U.S. by 2016 — fraud will continue to threaten merchants. 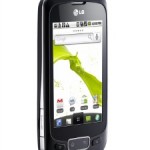 The recent figures equate to m-commerce merchants losing 1.36 percent of revenue overall to fraud, which is a significantly higher percentage than the total retail segment, which lost 0.68 percent of sales to fraud. For the 15% of merchants accepting mCommerce payments in 2014, mobile transactions accounted for just 14% of the total transaction volume — and also for 21% of the volume of fraudulent transactions. Further the costs associated with mobile channel fraud are more than three times the initial losses. So, why are m-commerce seemingly more prone to such misfortune?

One reason is that m-commerce merchants offer more ways to pay. The average mobile commerce merchant has an average of 4.5 payment options for consumers, many more than the average 2.6 provided by all retailers. Mobile merchants, therefore, have more fraud exposure.

The burden is especially heavy because mobile fraud tracking is the responsibility of merchants, and currently it is tracked together with online fraud. Presently, there is no distinction between those two channels. The LexisNexis report suggests, however, that the two be tracked separately: “As the percentage of fraudulent mobile transactions among all fraud is disproportionate to the percentage of all mobile transactions, it is clear that mCommerce comes with additional risk compared to other payment channels. Only when a merchant is able to disaggregate data by fraud channel will it be able to know where fraud is moving and whether or not solutions are working.”

The report also suggests types of solutions that can be implemented to help mitigate the impact of fraud on m-commerce merchants, such as device identification and geolocation. Currently, use rates are low for such online and mobile-oriented fraud prevention solutions. In addition, many retailers can identify the type of fraud they’ve experienced as well as strong potential solutions, but fail to act appropriately on that knowledge: “mCommerce merchants consistently display a disconnect between the fraud they encounter and their awareness and use of solutions. In addition to the specific challenges of mobile transactions, mCommerce merchants experience a high proportion of international fraud, yet they are not likely to use the solutions they believe are most effective for preventing fraudulent internationally-originating transactions.”