Biometrics: More Than a Way To Turn On Your iPhone

Biometrics is an emerging technology in retail, used primarily to verify identity. With the debut of Apple’s iPhone 5 with fingerprint sensor in 2013, biometrics 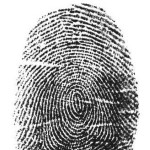 became part of the household vernacular. Samsung and PayPal followed soon after with fingerprint authentication. Today, biometric technology can be integrated into banks, ATM machines, USB keys hooked onto computers, as well as POS systems.

In addition, retailers are looking at the technology to help prevent loss due to ID theft. Biometrics are incorporated into fingerprint identification, as well as palm-vein readers and facial recognition solutions to offer a convenient and additional layer of security, help prevent fraud and provide a better customer experience. Biometrics can also offer retailers controlled access and accurate attendance records, leading to a more secure workplace environment. With system and hardware prices dropping and reliability and convenience going up, more retailers are using some form of the technology.

Marius Coetzee from Ideco told BizTechAfrica that biometrics were critical for fast, accurate customer ID verification — which results in fast, accurate decision making: “Point Of Sale based biometric verification is a critical aspect to reducing losses caused by increasing levels of ID fraud. Once customer details are registered, you can trade with certainty at every point of transaction.”

According to Research and Markets, the global market for biometrics is on track to post a strong CAGR of 19.6% between 2014 and 2020, reaching a projected $30.1 billion by 2020, up from roughly $10.3 billion in 2014. Fingerprint recognition is estimated to be the largest technology with market, valued at $3.2 billion in 2014 while Civil ID — the use of biometrics to identify or verify the identity of individuals when interacting with governments — will be the largest application with global market of $4.6 billion in the same year.

Retailers will increase using biometrics in multiple combinations to ensure security in payments, but, eventually, the technology could eliminate the need to carry a payment card or even a smartphone by letting users authorize payments with a fingerprint alone.