Security and Interoperability Critical to IoT Success in Retail 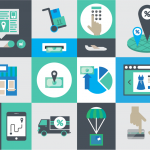 The IoT in retail has helped retailers improve customer experience and increase sales. Increasingly, retailers are using IoT technology — such as beacons, RFID, gateways and remote management — to track theft and loss, as well as manage mobile payments, shopper intelligence, and advertising and marketing inventory.

The demand for this market is driven by the fact that the Internet is available virtually everywhere around the globe, and at the same time the cost of IoT components such as sensors and RFID is decreasing. In addition, cloud computing is also increasingly available as an affordable storage solution. Furthermore, the report notes that retail will need more software support in the coming years due to the growing use of mobile applications.

While North America is expected to lead the way in IoT because of the proliferation of smart phones and Internet access, security is a concern. No application is entirely safe; don’t make the mistake of thinking no one will want to hack into your network or product. Smart devices as well as hardware components and software applications in IoT are vulnerable to various cyberthreats. Any connected device can be hacked and become the entrance to a company’s network.

In addition, interoperability of the devices and common standards for IoT solutions are a concern. The IoT is fragmented and lacks interoperability; disparate or overlapping solutions can’t easily “talk” to each other. That can be for many reasons, including: the devices are not made by the same manufacturer can cannot integrate; they cannot run on the same operating systems; they are different ages or from different batches; or they just weren’t made to communicate, period.

Technology is emerging that enables interoperability through open-source development. The hope is that in the not-too-distant future, every IoT device is compatible with its own platform and ecosystem as well as others: A device used by a warehouse employee running on the Android operating system will be able to interact with the inventory tracking system that runs on iOS without a proprietary gated app developed by the brand.

A technology framework without proprietary gates – but that has high security standards—may be tough to imagine, but is critical to the success of IoT moving forward in retail.