Digital technology clearly has, and continues to, transform retail. Digital devices are changing how customers find, evaluate, buy, receive, use and return products. But, while an increasing number of customer interactions take place entirely online — during the past 20 years, e-commerce sales have grown to roughly 6% of total retail sales (excluding gasoline and food services) — the retail store is still very relevant to omnichannel strategies.

According to a recent A.T. Kearney survey, 90% of shoppers still prefer to purchase 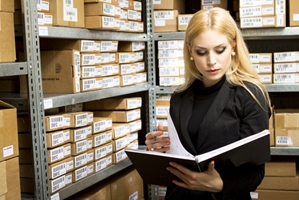 Online retailers and brick-and-mortar shops alike depend on technology to run an efficient business.

in a brick-and-mortar store. That has provided retailers with incentive to invest in technologies — such as iBeacons — that will help to enhance customer service and streamline in-store processes.  Making sure those technologies enhance existing business, and not detract from it due to performance issues, is critical.

“The adoption of omnichannel strategy in retail stores necessitates the implementation of new technologies such as the Internet of Things and Cloud, which has created a tipping point for the demands on retailer networks and, in particular, their connectivity,” Sacha Kakad, Managing Director of Westbase Technology recently said. “This demand means that a flexible connectivity solution is now paramount to networking success – as the reliance on connectivity increases, the cost of downtime escalates also.”

So the popularity of technology such as iBeacons, sensors, cameras and in-store GPS has resulted in a demand for back-end, supporting networking technology that is reliable. PoS downtime is estimated to cost retailers an average of $4,700 per minute. Figures from Avaya maintain that downtime can cost businesses between $140,000 to $540,000 per hour. Yet, many retailers still do not have an easy-to-use failover solution for their stores, so downtime — which can be caused by something as serious as natural disasters or as mundane as human error — continues to plague retailers.

Secondary fixed line options such as MPLS, while offering some benefits, cannot always meet the requirements of today’s shifting retail networks. LTE mobile networking solutions seem to offer a more flexible, scalable and rapid deployment option for failover. 4G failover can now support the connectivity demands of even the most advanced applications, allowing the store to remain online when the primary connection fails.

Connectivity is just one IT area that is paramount to success of both online and traditional retailers. But it is one that the success of many others — storage, security, among others — hinge upon. Omnichannel retailers, those that seamlessly integrate the best of both digital and physical worlds at each step of the customer experience, are likely to enjoy significant advantages over retailers that try to pursue either one alone or both independently. But retailers must also be prepared on both fronts to keep their doors open regardless of thats via an app, or on foot.