Amazon’s Brick and Mortar Is a Bold Marketing Move

Online retail giant Amazon recently opened a brick and mortar store. The ecommerce behemoth has ventured into territory where others have failed to trun a profit — RIP Waldenbooks and Borders.

But what if the stores aren’t aiming to make money, at least not primarily? What if, instead, the store is ramping up as a marketing tool for Amazon? 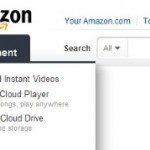 Amazon is one of the few large retailers to grow faster than smaller merchants.

So far, only one book store has opened its doors, at that’s in Seattle. Most of the news reports have mentioned the store’s unconventional way of displaying books: front cover outward. That, of course, lessens the number of books on display, but online shoppers are accustomed to being “greeted” by a book’s cover, rather than its spine. It makes sense to me there might be a correlation between seeing a cover and buying a book.

That’s not a new idea; independent booksellers have — and do — display books that way, but it does limit how many books can be kept in stock. But criticizing Amazon for making such a “retail newbie” mistake, as some have, is ridiculous. Only 5,000 to 6,000 books will be sold at Amazon Books, a small number compared with other bookstores. But Amazon seems to be using the stores as a physical implementation of “suggested for you,” as it offers 32.8 million books for sale in varying formats: paperbacks, hardcover, Kindle, audio CD, board books and audio books. Clearly, it via its omnichannel strategy, it can provide any book desired.

Indeed, some of the criticism seems petty, but booksellers are smarting from 20 years of online competition for which it was unprepared. Some suggest there’s not much new going on in the stores, citing, for example, the brief recommendations from Amazon reviews on cards by each book (hand-scripted employee selections are staples in independent bookstores). Seems to me that’s simply implementing a best practice of making a personal connection using a low-tech method. As author Charles Caleb Colton said, “Imitation is the sincerest form of flattery.”

Others have suggested the store set-up is not conducive to shopping, noting, for example, the tables were placed too close to the entrance, discouraging browsing. But most people don’t go to the bookstore for a quick hit — it’s generally a destination. That doesn’t mean shoppers want to play hide and seek. Allowing customers to find a book quickly makes them happy, and should not dissuade them from shopping further.

In fact, reports on the stores seem to indicate Amazon is attempting to put the customer first. Making the atmosphere appealing with books easy to find, and at prices in line with those online seems to add up to a positive customer experience. A bit of the fault-finding is unsubstantiated, like the inference the stores will not have knowledgeable staff members. Take the comments of John Mutter, co-founder and editor-in-chief of the book industry newsletter Shelf Awareness in GeekWire:

It’ll be interesting to see how the book retailer that relies on algorithms and readers’ recommendations and cold sales metrics will do in a brick-and-mortar space, where customers are used to dealing with booksellers who love books and have a lot of personal knowledge of the kind that is opposite of Amazon’s corporate approach.

It will also be interesting to see how brick and mortar responds to Amazon’s algorithm of customer service, price and selection, this time in “real life.” After years of missed opportunities to engage customers, perhaps it is this push by an online giant, which heavily relies on business intelligence, that will spur booksellers to try and to implement new ways of delighting their customers.