Is It Time To Update Your eCommerce Site?

The most successful retailers have updated ecommerce solutions — rather than vestiges from the turn of the 21st century.  A recent report from RSR Research notes that the highest-performing retailers have eCommerce sites that are positioned as being a vital part of the 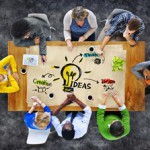 customers total shopping experience. The laggards? Many times their ecommerce systems are in the way of their success.

According to the report:

It turns out that under-performers are far more likely to be hanging on to legacy homegrown eCommerce sites than their better-performing competitors. This is consistent with other studies that we have conducted; laggards are far more likely than Winners to operate old technology long past its “sell by” date. In the case of eCommerce, while it may have been true that retailers were forced to develop their own capabilities in 2000, in 2014 commercially available solutions (delivered as an outsourced service, “in the cloud”, or licensed for on-premise operation) offer far greater functionality and flexibility than yesterday’s custom sites could.

It’s important for retailers to get current with commerce technology because shoppers are leading the way. As shoppers rely increasingly on smartphones and tablets to research and ultimately purchase products, retailers that haven’t upgraded their mobile commerce systems will be left behind. The way customers are shopping differently than they did 15, 10 or even just five years ago: 44 percent of respondents told RSR that keeping up with evolving consumer shopping patterns was one of the top three business challenges.

That wasn’t the toughest hurdle, however, said those surveyed. Forty-six percent of respondents said getting customers to engage more with their brand online was their top challenge. Pushing content to consumers through email or texts may drive short-term results, but those techniques don’t necessarily promote repeat business or loyalty. To that end, many retailers are eyeing social media as a significant marketing tool. Fifty-seven percent of respondents said that social media will be a valid selling tool in 2015.

It’s critical for retailers to keep up with their customers’ technology use, just as they do with their tastes in merchandise. Implementing mobile payment systems, buy-online-pick-up-in-store and using geo-location to offer personalized shopping experiences are all ways in which the retailer of today will usher in the shopper of tomorrow.