It looks like Burberry’s has been on-trend in more than just high-end fashion; the iconic brand was among the relative few that opted to keep online operations close to its vest, and, as a result, e-commerce accounts for roughly 10% of the retailer’s revenue. Now, competitors are taking notice.

In September, LVMH Chairman Bernard Arnault hired a senior executive from Apple Inc. to spearhead his company’s digital push, and earlier this year acquired a minority stake in Lyst, an aggregator of luxury e-commerce sites. Hugo Boss, meanwhile, is investing in technology to let clients order online and pick up their suits, ties and shoes from its outlets.

It’s a huge opportunity, populated with shoppers who are well appointed with smartphone, tablets and other mobile devices. Particular growth is expected, unsurprisingly, in the United States and China. And sales are increasingly being influenced by what customers are hearing and seeing online.

“Luxury shoppers are very digital, they are much more mobile digital than the rest of the population,” Nathalie Remy, partner at McKinsey & Company, Paris, told Luxury Dailey.

Highlighting that point, McKinsey said earlier this year that by 2018, global digital sales for women’s luxury fashion are expected to grow from a current 3 percent of the total market to 17 percent, for a total market size of $12 billion. With that amount of money in play, it makes sense for retailers to sell directly to customers rather than use the tradition route of selling through third-party sites. That’s partly why Fendi, a LVMH nameplate, built its own e-commerce site this year.

Still, many high end brands will still sell through third-party websites, just as they sell through department stores. It is easier to reach the (more wealthy) masses that way. Many will continue to offer their wares on multi brand sites, to satisfy shoppers who aren’t near urban boutiques. But the trend toward “build your own” is picking up speed and gaining traction. 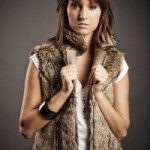 available via multi-brand e-tailers. Brand cachet is extremely important to the identity of the luxury item and part of that is fed by a reputation for exclusivity. Understand what high-end customers want in their digital experiences, and recognizing how that’s different from mainstream consumers, it paramount. And they are different. According to McKinsey:

In contrast to other categories of online shopping, the price of online luxury apparel and accessories is not a big reason for consumers to go digital. Only 39 percent of luxury shoppers say they find less expensive products online and about half say they find better deals and sales online than in stores – both figures that deviate significantly from behavior in other categories like consumer electronics.

What these VIP customers are primarily looking for in their online experiences are excellent return policies and free shipping. And, McKinsey found, 60 percent of U.S. luxury consumers reported they would be more likely to buy at an online shop if it offered luxury brands that no one else sold online.

Which points back to the importance of the aforementioned in-house site: owned, operated and populated by the luxury brand solely. That is something that competitors know Burberry has in the bag.