Among its findings, the survey found that 66 percent of those responding said they either agreed or agreed strongly that there was more room for increased sales today. Why might that be? Perhaps because of the potential various technologies have on retail. Mobile check out, beacons and data analytics are just a few implementations that can streamline and enhance the customer experience. And happy customers mean larger receipts.

When asked, “How important is/are mobile technologies for customer engagement for CEO’s 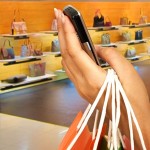 organizations?” 81 percent of participants in the survey overall said it was either somewhat or very important; 89 percent of retail CEOs said the same. For a growing number of companies, mobile is becoming the primary sales channel, rather than simply a key channel. Statistics show the accelerated growth of mobile payments globally in the last quarter of 2014: 25 percent of global online transactions took place on a mobile device, 11 percent higher than in the third quarter of  2014 (23.3 percent), and 37 percent higher than the fourth quarter of 2013 (18.8 percent). A ‘mobile-first’ strategy is looking increasingly as though it is a viable solution for more businesses heading into 2015.

Data mining and analysis were also critical to CEOs. When asked, “How strategically important is/are data mining and analysis for CEO’s organizations?” 79 percent of all CEOs as well as retail CEOs in particular said they were either somewhat (26 percent) or very (54 percent) important. Beacons can be used to gather data that can direct retailers’ inventory selection as well as product placement. Such track and trace technology can even help retailers predict sales.

But all the customer-centric technology in the world will be for naught if retailers don’t step it up in the security department. With security breaches being reported seemingly every other day, it was surprising that retail CEOs were not more hardcore when rating the critical nature of cybersecurity. When asked “How strategically important is cybersecurity for CEO’s organizations, CEOs 78 percent of CEOs overall said it was somewhat (25) or very (53) important, while 68 percent of retail CEOs said it was somewhat (32) or very (36) important.